Learnlife / Learnlife Blog / Community story: From the school of life to lifelong learning

Community story: From the school of life to lifelong learning

Jago Bakshy shares his unique learning journey; from his birthplace in the UK, to India and most recently to Barcelona, Spain, where he is part of the cohort of the Explorers programme at Barcelona’s Learnlife Urban Hub. 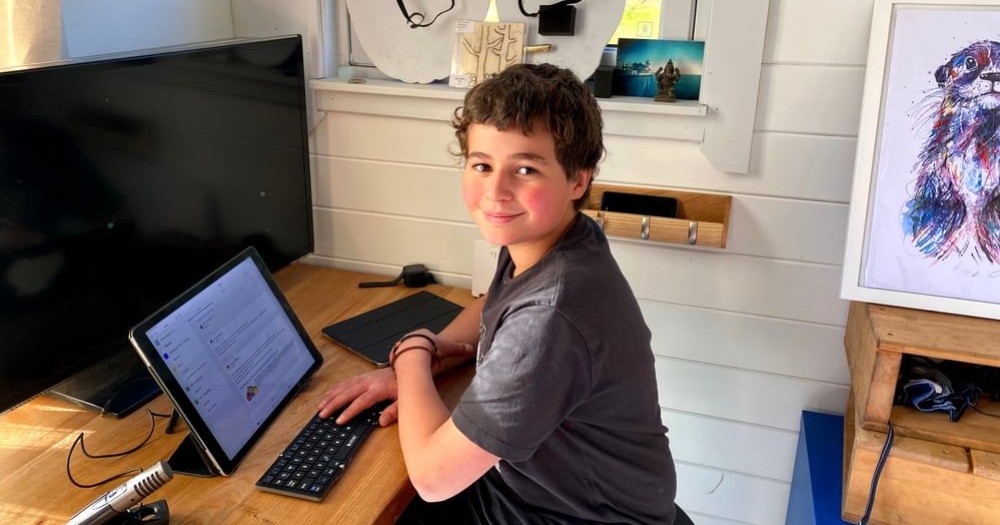 My educational adventure started in the UK with a typical government primary school in an urban setting. There were 90 kids in my year. It felt overwhelming to me to be left alone in such a busy place as a 4 year old - who could barely button their coat. School to me at this time seemed more about crowd control than education. I don’t remember learning much but what I do remember is the sheer volume of that amount of kids colliding and the competitive vibe and culture that was present. After the relative tranquillity I felt during my formative nature-based kindergarten experience, this was a shock to say the least.

It was clear to my parents that leaving my education up to the government would not be an option. So we all headed to India for some school of life learning. After a few years at an international school in Goa, I became brilliant at assessing the size of something based on the size of elephants! School there was OK but very chaotic and lacked a really solid system or structure; kids came and went. What I liked most about India was the adventures with my family around the country and the feeling of freedom it offered.

The next step on my journey took me to the highlands of Scotland, where I told my Northern Irish teacher, Mrs Gibson, that my house was approximately three elephants long. Mrs Gibson was an amazing artist and made me very excited and curious to learn everything. Even the most typical academic subject was brought to life. There were eight other kids in my school and in this space it felt like my voice was heard and we were respected as individuals. We were a team of all different ages working together. It was super positive and I feel so happy that I got to spend my early learning years with Mrs Gibson in that environment.

My mum always says that the opposite of conformity is courage, so when we decided that it was time for a new chapter in our family’s adventure we sought a secondary school that would continue to foster curiosity using an inspired learning model.

We travelled to Spain in search of a new life and looked at the various schools on offer. My parents were not impressed initially and they began to get worried about how to create a new life that would work for our whole family. We spent three months at a tiny, brand new home school club in Sant Pere De Ribes with two excellent teachers called Cat and Ivana. My time there was very fun but it wasn’t really a long term viable option for secondary. However, they told us to go to a Winterfest event in Barcelona and check out a community they had heard of called Learnlife; they believed it would be a good fit for me.

I’ve never really liked the idea of secondary school as it always provokes memories of being in that first UK school from my childhood and I connect that experience to what I believed secondary education would be like; busy, anonymous, competitive and overwhelming. However, Learnlife is a step beyond the mainstream. From the minute I walked through the doors I was transported into a fresh, exciting and quirky environment that made me feel curious to find out more. I spent the day in the mind-boggling world of multimedia and carpentry.

After my first day of experiencing Learnlife as a guest learner, my whole family were excited and convinced that this was the solution to my educational needs and we decided that if we just moved to Spain for this school it would already be enough!

Now that I'm coming to the end of my first year, I can say that the learning environment Learnlife provides creates a feeling of connectedness between the learners and the guides. It is a really exciting place to learn. They give us so many words of support and motivation which inspires me to keep on learning and growing. The spaces are Innovative and fresh and a relief from the average classroom. I have such a diverse friendship group, more than ever before and the best part is that the Learning Guides respect us as individuals, and in some cases, they are like best friends. I feel really lucky to have gone from such a positive primary education system experience straight into the inspiring learning community model that Learnlife offers to all its learners.

Now, after all the adventures I have had in the last 12 years, I feel that I have found my happy place.