What does the word “educator” mean to you? Those of us working in such roles have likely used different words to describe what we do. Teacher, mentor, coach, learning guide. It never used to be so diverse, but such is the way of change. The words evolve, because the role itself is changing. 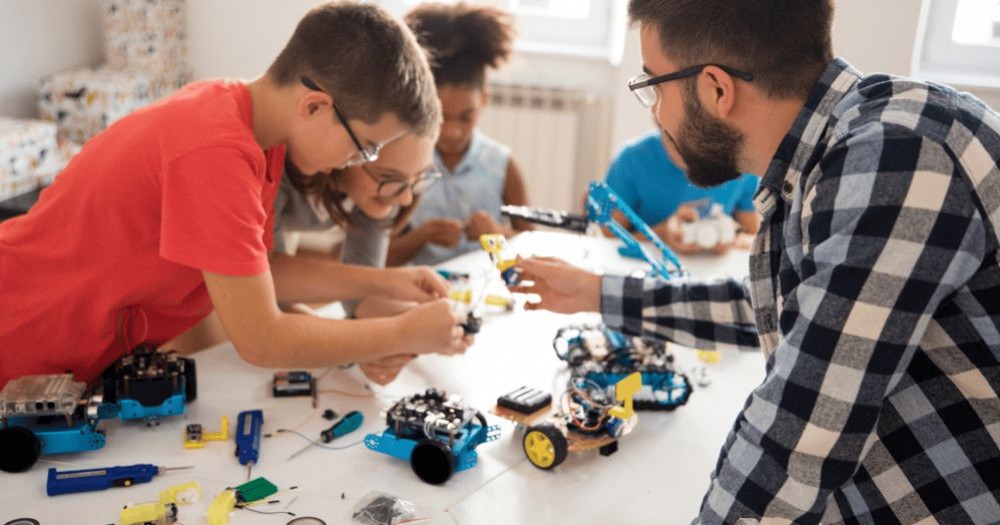 When we train as “teachers”, we often emerge as products of that system. Though the learning methodologies we explore are certainly changing for the better, we often still emerge with antiquated thoughts of “classroom management” and “covering content” as we brandish our certificates of completion. It is at this point, however, where the journey to unlearn is just beginning. Leslie Owen Wilson puts it like this:

I came to grow,

Into to something new

Something far beyond the shadows of my old instructive self.

I came to teach but was changed in other ways,

And now remember that life is still a two way street.

I needed to commit to memory, again.

Perhaps it is enough to say, I came to teach but learned instead.

To those who emerged into institutions where they were told their ideas were “too much work”, “too impractical”, not “pedagogical”, or “too idealistic”, we get you. “You’ll soon learn” we were told, and we did, though it was a different lesson.

To those who held fast against cynicism and chose to listen instead of talk, reflect instead of project, we salute you. You are the vanguard, and the role must now change in your wake. Here is why.

The changing ‘why’ and the role of the educator

An educator used to stand in front of a class, instructing. Learners had to listen, behave, memorise, regurgitate. Though some fared better than others, it taught us to be compliant, that we had no voice or choice in what and how we learned, and that our career was better funnelled and recommended than discovered.

The VUCA world in front of us needs adaptive, diverse learners who can think for themselves. The why of the educator now must be in supporting and guiding learners to be the best versions of themselves, by embracing that same fluidity and diversity in the learning environment. The role of educators is no longer there to stand in front, for that can only create followers in a world that craves leadership.

The role of an educator in the age of access

Do you remember not being able to sleep because you couldn’t remember the name of the capital of Madagascar? If it wasn’t in your encyclopedia and your parents were sleeping, you were done for. Generations that grew up depending on educators as gatekeepers to knowledge may find it difficult to relinquish that role, but it is already long gone.

Information can be accessed at the touch of a button, and so any educator trying to simply transfer or convey information is pointless. The age of access to information means that the role has shifted now to one of information literacy and cognitive skills. What does one do with all of this information? How do we know it is true? What are the applications of this knowledge?

Knowledge is not fixed. Information is not siloed in “subjects”. The future is not predictable.  Critical and transversal thinking are skills that must be developed around that overwhelming access to knowledge; explored by learners who can choose to apply it to building their ikigai and identities. For that to happen, the modern educator must learn to let go, and understand that leadership that empowers does not come from the front.

The role of an educator in a complex world

The world was always complex, but that was often masked through colonialist revisions of history, linear constructs of identity, the weight of stereotypes and cultural narrative in populations that were largely distant from one another. This was very convenient for those writing the rules and building the structures to maintain control, but it was always a fiction.

A new generation of learners have grown up connected. The virtual world knows none of these artificial boundaries and as populations and cultures increasingly evolve, connect, move and merge, there are questions of equity, identity, diversity and inclusion. Everyone’s voice can now be heard.

The modern educator has a responsibility to listen. To learn and grow in humility as these dialogues unfold and come to the fore. The moment we shut off and say “this is too much” is the moment we fail our learners. How can we encourage the joy of learning when we ourselves remain static?

The educator beyond the gates

Part of learning to let go as an educator, is to also recognise that learning is not only within the walls and gates of the learning environment. Learning happens every single day in myriad ways, and we can support this. By exploring the growth mindset, lifelong and lifewide learning strategies, and helping learners grow in confidence and self efficacy, they leave us not as raw products to be absorbed by the linear economy, but as global citizens who embrace the journey behind and ahead, and know that the choices in front are always theirs to take.

The role of an educator is changing. Many of our Learning Guides speak of unlearning from their previous environments, and that is still largely the norm. We also see this in learners who arrive from mainstream education, and observe as they adapt to an environment which asks them to discover their why. The role is changing, and to those who seek to change with it, there is a place for you.

Be part of the global tribe of educators, thought leaders, innovators, learning leaders, and learning practitioners from around the world, uniting to activate a new learning paradigm and redefining the role of an educator. Join the Alliance today.